The state funeral of Chad’s long-serving President Idriss Déby is being held after he was killed by rebels, the British Broadcasting Corporation (BBC) reported on Friday.

Among the foreign leaders is France’s President Emmanuel Macron, for whom Chad is a key ally in the fight against jihadists in the region.

Friday’s ceremony includes a military march-past and a speech by his son, General Mahamat “Kaka” Déby Itno, who the army has named as the country’s new leader.

After the ceremony in N’Djamena, Déby will be buried in his native region.

The army says President Déby died in a battle with a dissident army rebel group, called Fact, in the country’s north on Tuesday.

Other visiting heads of state include the leaders of Guinea, Mali, Mauritania- who have all ignored warnings from the rebels that they should not attend for security reasons.

After the military honours and various speeches, a prayer will be said at the Grand Mosque of N’Djamena.

Then, later on Friday, Mr Déby’s remains will be flown to Amdjarass, a small village next to his hometown of Berdoba, more than 1,000 kilometres from the capital, near the Sudanese border. 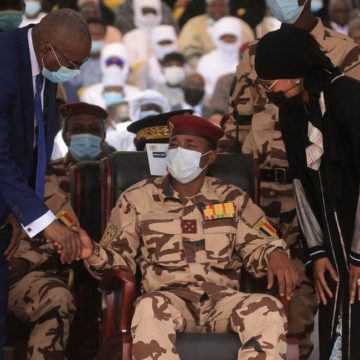 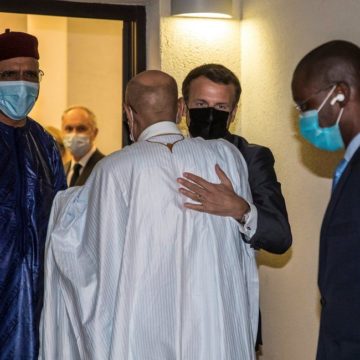 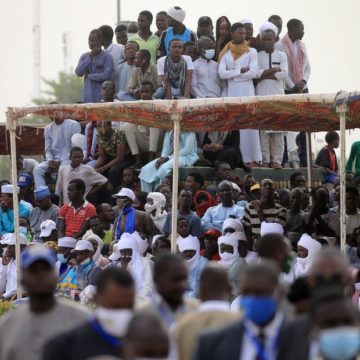 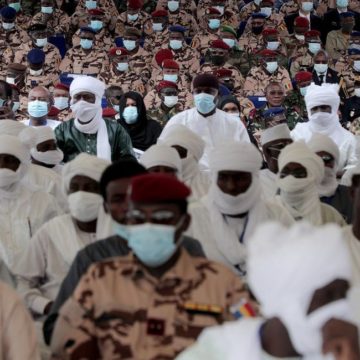 News of his shock death on Tuesday was met with tributes from numerous presidents – France’s Emmanuel Macron called him a “brave friend”, Cameroon’s Paul Biya said he served “tirelessly”, DR Congo’s Felix Tshisikedi called it a “a great loss for Chad and for all of Africa”, Mali’s President Bah Ndaw lamented his “brutal” death and South Africa’s Cyril Ramaphosa called it “disturbing”.

President Déby was a key player in security strategy in the Sahel region – and Chad is reputed for having one of the best-trained and best-equipped armies in West Africa, which is battling militants link to both al-Qaeda and the Islamic State group.

A military council led by his son, Gen Mahamat Déby Itno took power after his death.

The BBC’s Lalla Sy says he only has partial support of the army, however he is backed by former colonial ruler France, which has a large military base in N’Djamena.

On Thursday French Foreign Minister Jean-Yves Le Drian appeared to back the military takeover, by saying the immediate priority in Chad was to ensure the country’s stability amid “exceptional circumstances”.

Gen Déby, 37, has said the army will hold democratic elections in 18 months, but opposition leaders have condemned his succession as a “coup” and an army general said many officers were opposed to the transition. A general strike has been called in protest.